I got in fairly late in the day and just about managed to make it in time for dinner with a couple of Bolivian guys through Cinthya in the main square, near the famous clock tower before commencing with the touristy activities the next day. 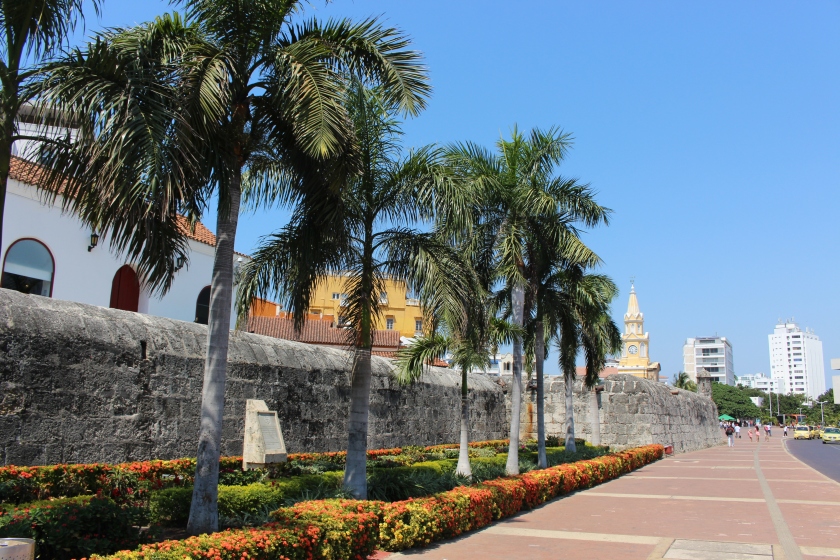 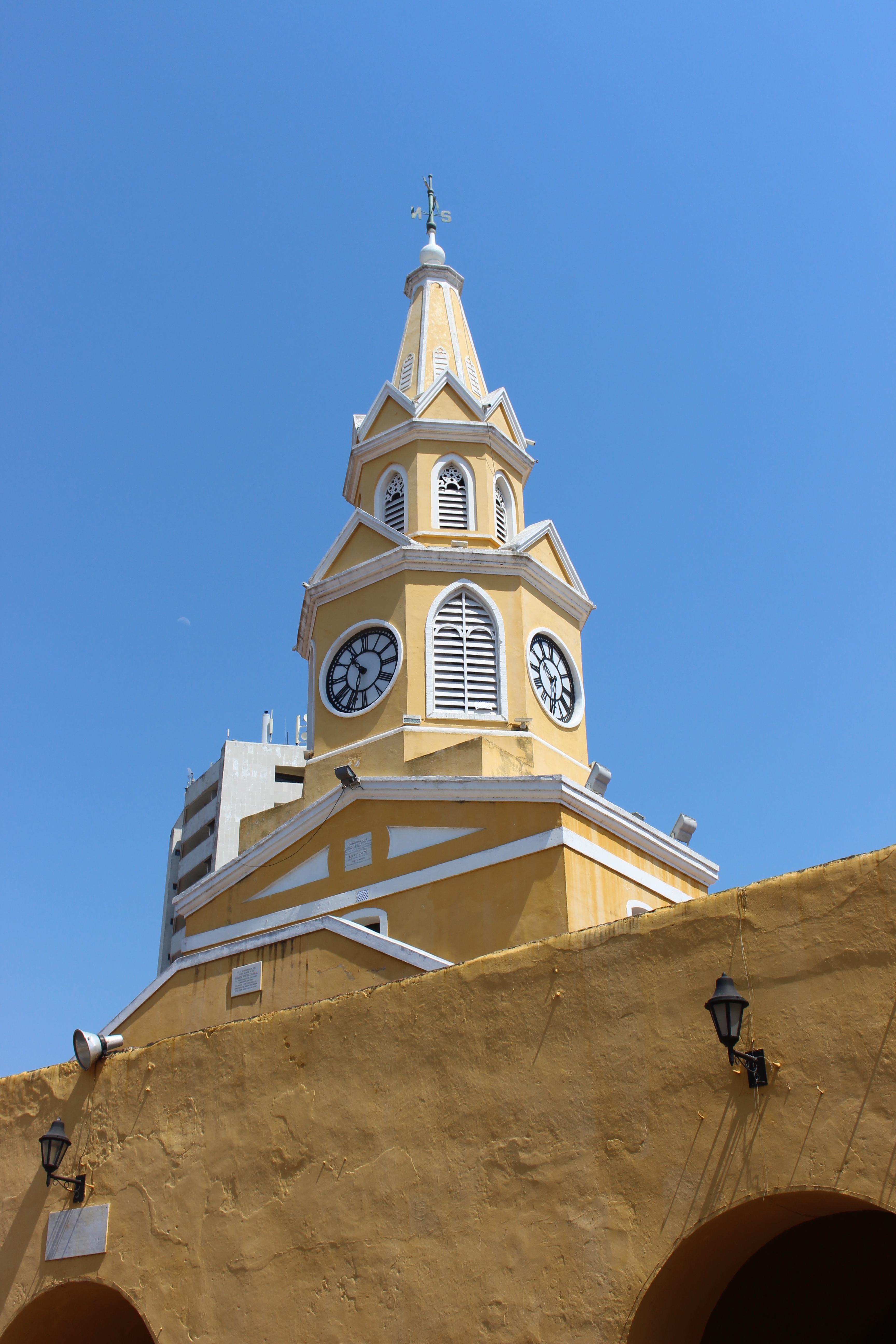 First up was Breakfast and a good chat with the owner who turned out to be a Brit from Brighton who had married a Colombian girl and moved his life over here. He gave me a good few recommendations plus the breakfast was incredible. Two courses, starting with a pancake and followed by a Colombian take on a fry up. I then hopped on the bus tour and made my way round the city and learned a bit of the history, this place obviously attacked a lot by the brits back in the day. It also included a walking tour of the centro histórico which was great and the place is beautiful with loads of nice restaurants and bars. 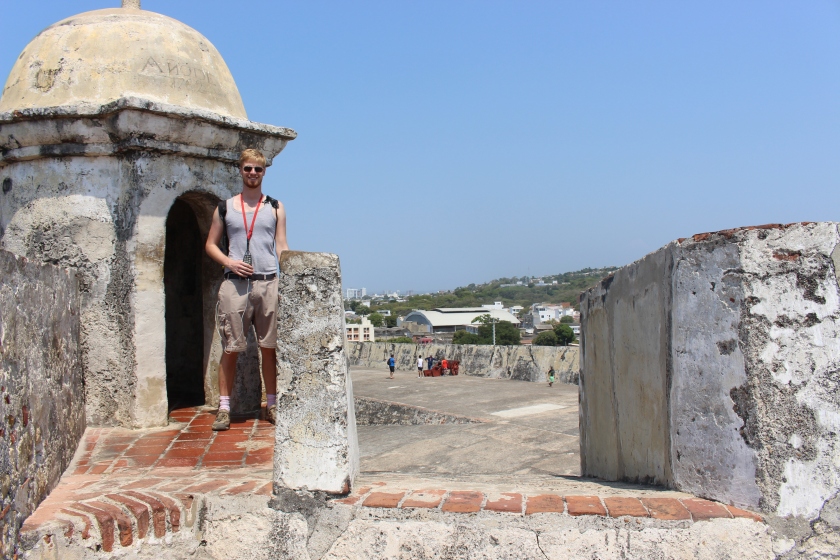 Next I visited the San Felipe castle which was also really good. I did a self guided audio tour where you can follow a map which gives you a set track for each spot. It’s pretty clever in the way the fort is engineered and was never defeated, despite best efforts of European pirates/ invaders… including a fair amount of Brits again. That night I did the recommended chivas rumbearas (basically a party bus) and was the only non South American pretty much so got lots of spanish in and met some nice Chileans and Bolivians, as well as some Argentinians who basically had the same job as me, in a club! 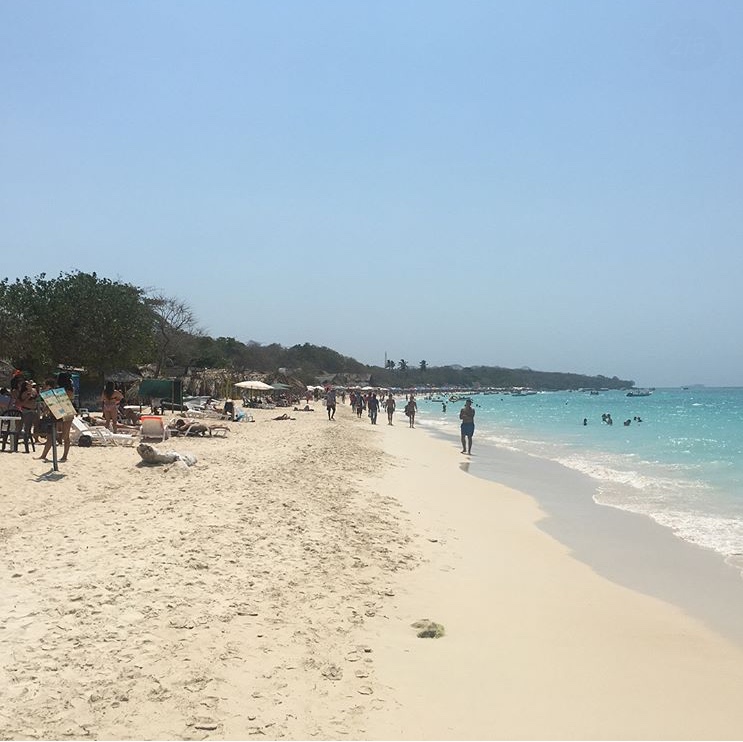 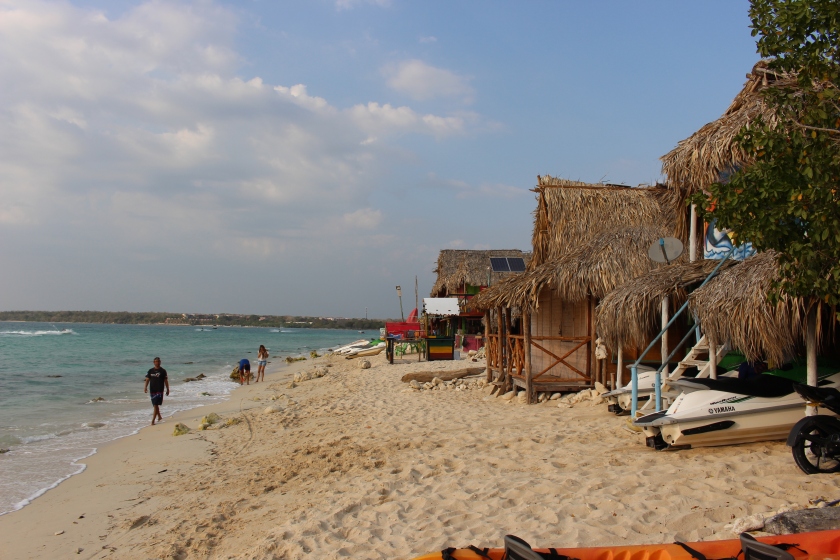 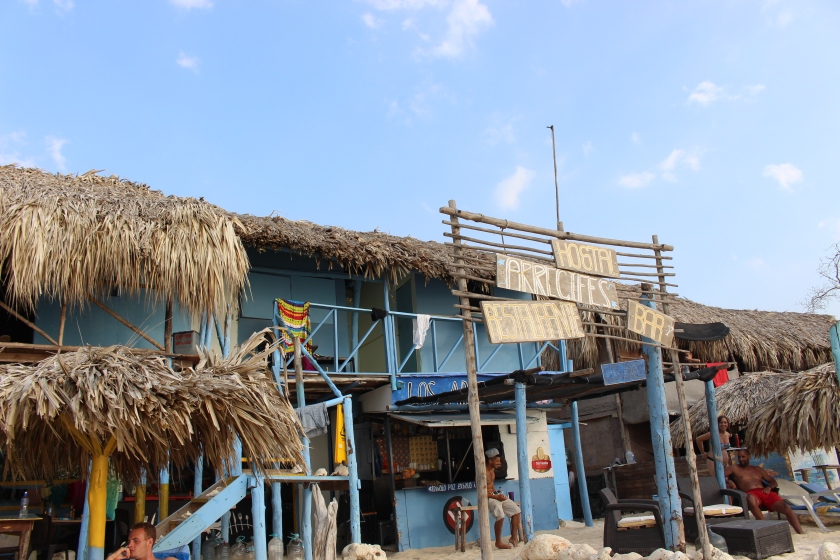 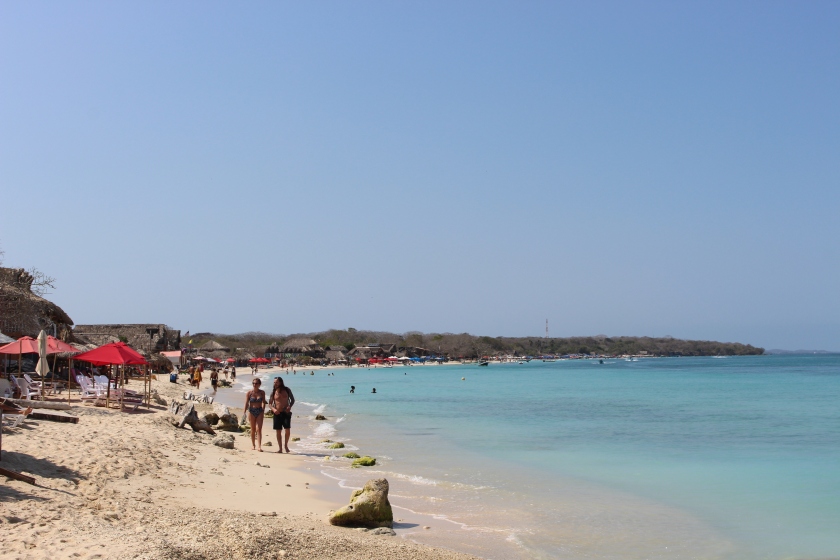 The next day I headed to Playa Blanca which was very touristy but for good reason. I opted for the bus but taking a boat is also an option. As soon as we got off 3 guys were on me to be “helpful”grabbed my suitcase and loaded it onto a boat. Absolutely no mention of how much it would cost to ferry me down to my hostel. I made an effort to agree a price and told them I didn’t need the help of all 3 of them but they weren’t interested, so I simply enjoyed the trip making a mental note that there was likely to be a battle on that fairly shortly. I was right and they initially requested something absolutely so ridiculous that I can’t imagine even the greenest of gringos would have accepted… They also tried the technique of saying that each of them deserved to get paid. I responded fairly abruptly along the lines of “Well you two did absolutely nothing except enjoy the ride, at least he carried the suitcase” and was having none of it. I ultimately gave them roughly a tenth of their original ask, and what I later found out was double what the actual fare was. In terms of how much they try and swindle you, I thought that was pretty good going.

I got settled in, and Jonathan who worked there showed me to my room. I then grabbed some lunch and went to see Steffi who I met back in Chile and her new boyfriend Tomas as we managed to link up again by some happy geographical coincidence. To be honest such things happen quite a lot so I’ve stopped being too surprised when they come about, but it’s really nice all the same.

The hostel was powered by a generator which eventually turned itself off so people could sleep at night and it was surprisingly quiet and dark at night, not too crazy in terms of partying but there were a couple of places up the beach with drink and dance until fairly late. I decided to treat myself to a shower and after a couple of minutes searching around the shower room with nothing but a bucket in the corner, I gave up and asked how to find the shower.. a local guy who worked their with an accent I recognised as being coastal simply leant in and pointed to the bucket saying “Ducha!” i.e. that IS the shower. I cottoned on then did not have the most comfortable shower of my life.

I had a pretty Lazy day the next day and got talking to Menno and Agathe (a Dutch guy and French girl) who had recently been travelling and made their way here together. Menno and I managed to talk each other into Jet skiing which was absolutely hilarious and you could get some real speed zooming around the water, chasing each other but all with a general common sense ‘stay away from the boats and swimmers’. Very different to when I’d previously done it under more controlled conditions in Europe.

There are people walking up and down the beach shouting about their various offerings “Cervezas!” (beers) and “Masaje!” (massages). A Venezuelan lady went to start massaging my feet and I politely said no, but she wouldn’t take that for an answer and continued nonetheless saying that it was free. I couldn’t really argue with that, so waved the next guy over for a nice cold Aguila beer and let her work her magic whilst having a nice chat to exercise my Spanish. Later on we had a nice team dinner in the hostel with staff and guests alike and chatted to various people. There was a very chilled Colombian guy visiting from Medillin and an enthusiastic Israeli girl who’s Spanish wasn’t great but made up for it with charm and animation such that she was still very much part of the conversation. There were also some tiny puppies stumbling around in the sand which only added to the good vibe. 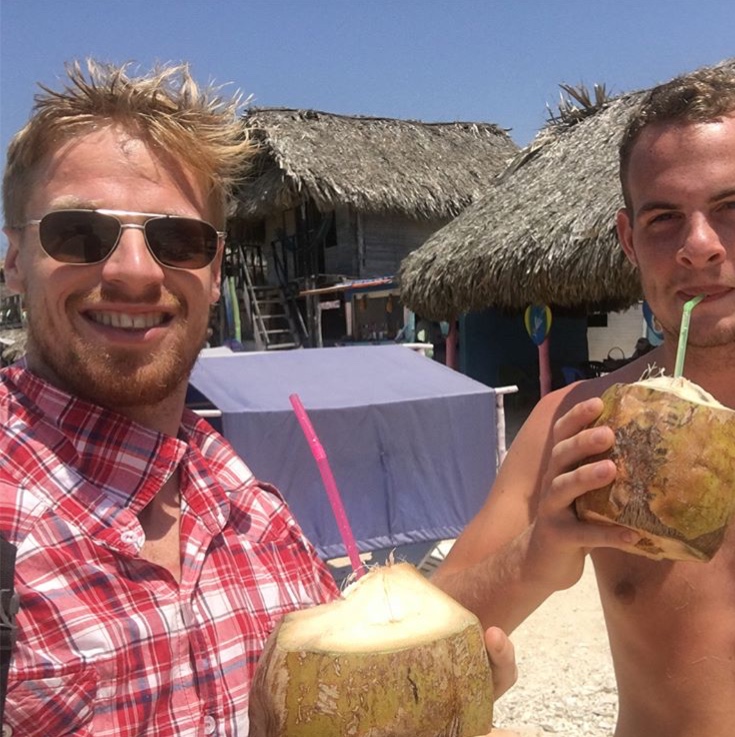 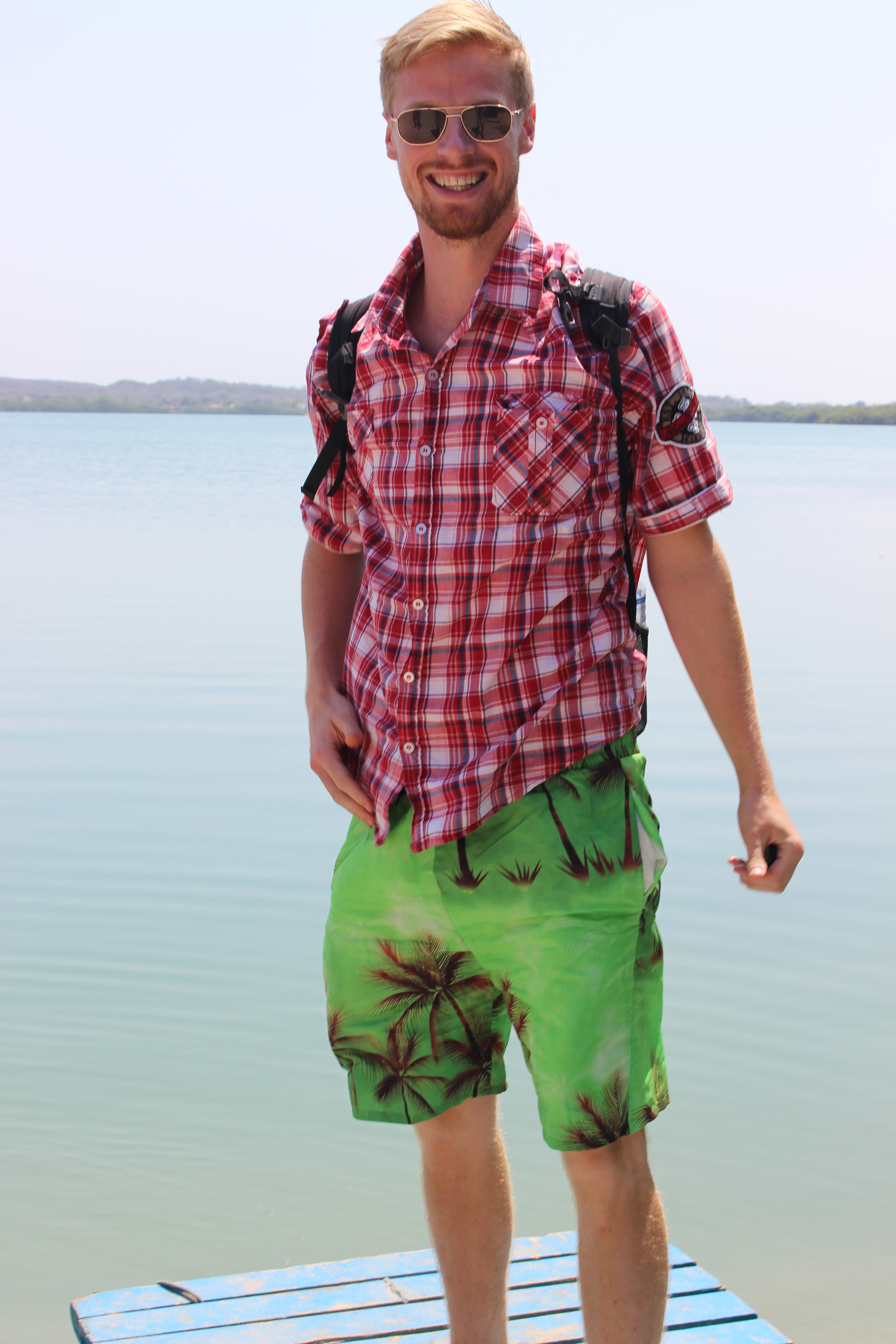 In the morning we headed to visit the lagoon at the other end of the beach, Menno and treated ourselves to a coconut which was ridiculously cheap given the availability. Apparently one of the houses on the other side of the lagoon was Shakira’s (I don’t know if that was true, but it seemed credible!) we enjoyed our time there eventually gave up trying to guess which one was hers. Then we said our goodbyes to those at the hostel as Agathe, Menno and I all headed off together to get a nice and sweaty bus back to civilisation. 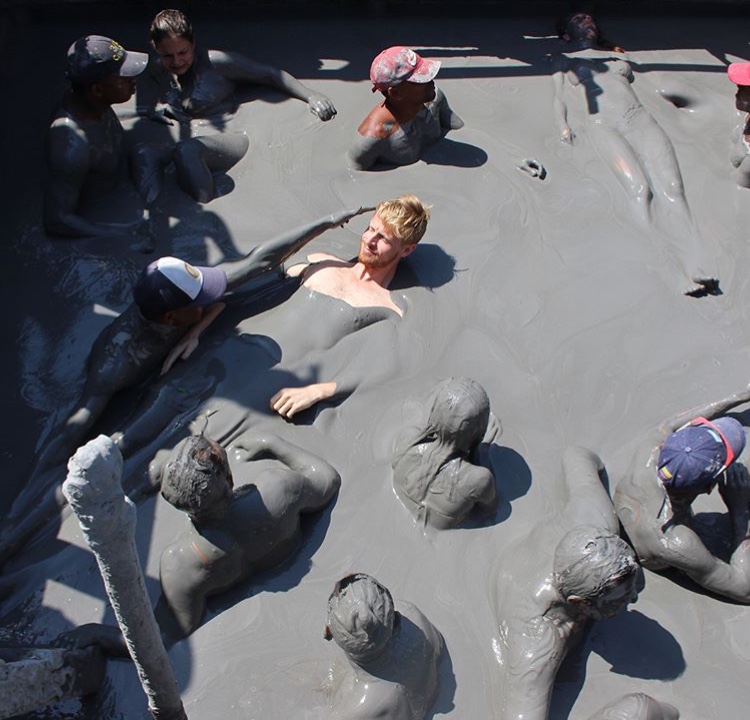 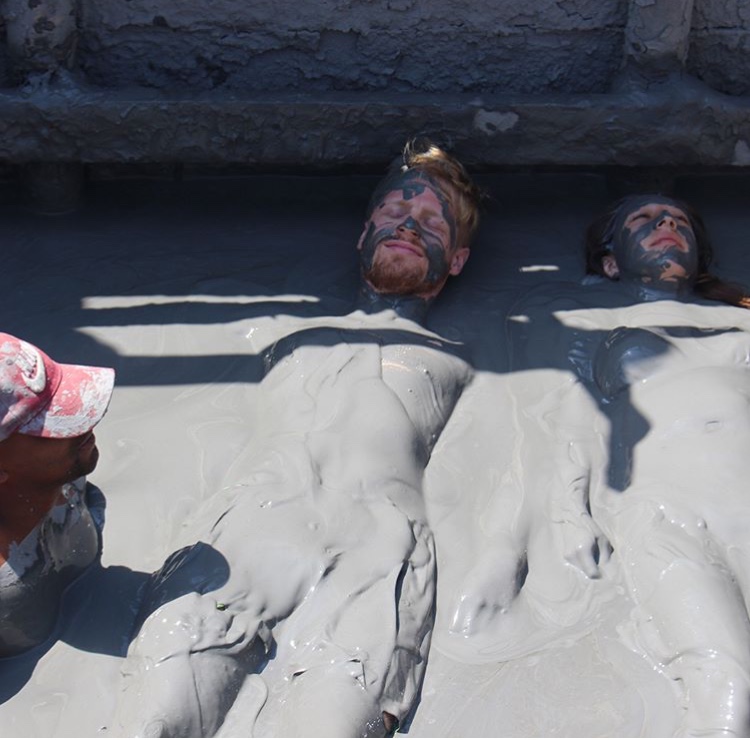 I chilled at the hostel and the next day went up to do the tour of Volcán totumo where you climb up an extinct volcano (I think…) the crater of which is no longer teeming with steaming magma… but warm mud! (‘Lodo’) It was pretty bizarre but awesome. I enjoyed floating around and being slide around into place like a tea tray in a cantine (seriously that’s an apt analogy…I promise). It’s a pretty slick operation as they wheel you in, give you a bit of a massage then let you make you’re own way out. When you start climbing the ladder the workers swoop on to you and help you wipe off the worst of the mud as you exit.

As part of the tour we also had lunch and a visit to the beach included, I got to know some Canadian’s and Israelis learning plenty about how odd Canadian French swearing is. We tried and failed to throw a frisby around in the wind for a bit before heading back to rest and move on to the next leg of our various trips. 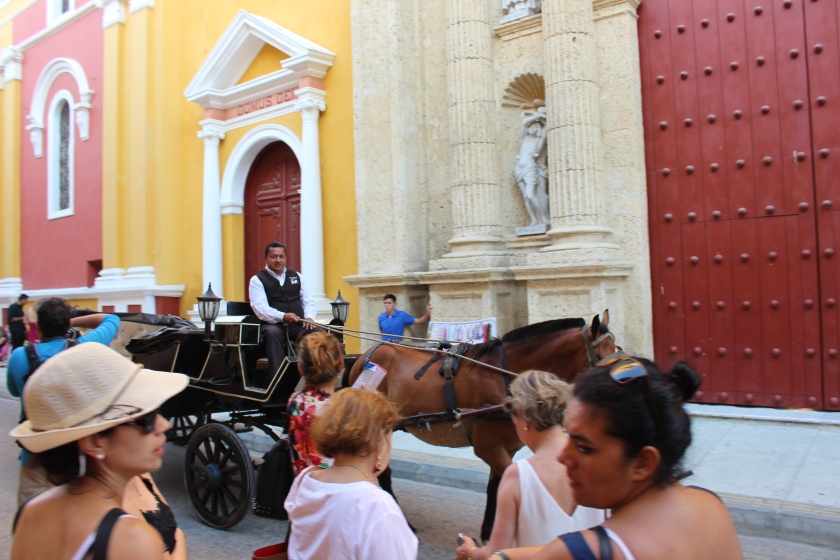 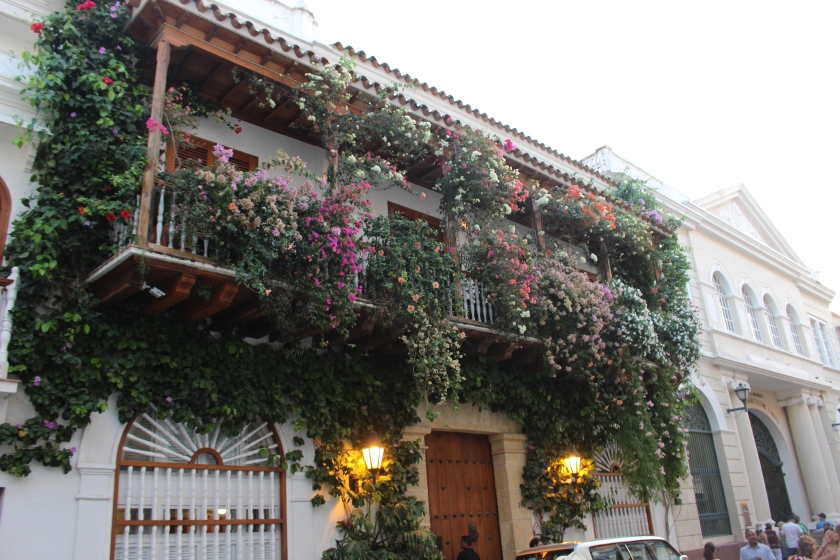 Esmeraldas! (Emeralds) in the Museum