We arrived in Santa Marta after the carnival and spent couple of days recovering with most of the medillin gang by the pool of the hostel cacao as well as eating as much as possible from the nice establishments in town, la muzzeria was our favourite. It was a fairly pretty (and insanely windy!) place but was so hot I didn’t really leave the pool side a whole amount. We had a few drinks and played some darts every now and then but I mostly was catching up with people I hadn’t spoken to in a while as well as watching some Netflix and finally finished the book I’d started before my trip but neglected shamelessly!

Next up I headed to taganga which is really not far away at all, a twenty minute taxi would do it, and got to a lovely little beach town. I’d heard mixed reviews about this place but I really like it. Spurred on by the completion of my first real spanish book, I decided it was at last time to finish my advanced open water scuba course that I’d started in 2016 but never got round to finishing. They gave me a bit of studying to do beforehand so I took it to the beach and passed the late afternoon and evening there, stopping for some dinner at a place called casita del mar which was nice enough, before heading black to the hostel to finishing my quiz. Then it was a bit of Brooklyn 99 and s chat with some Swiss girls who were also here to scuba dive, before an early night. 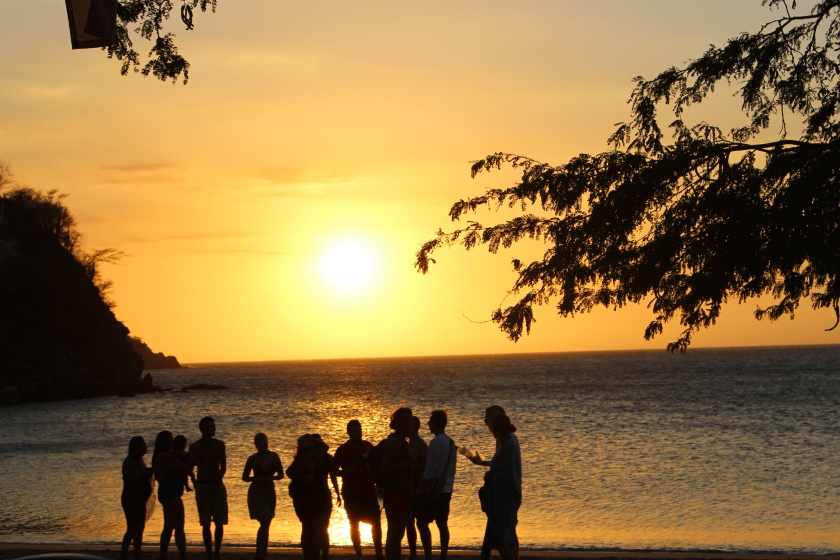 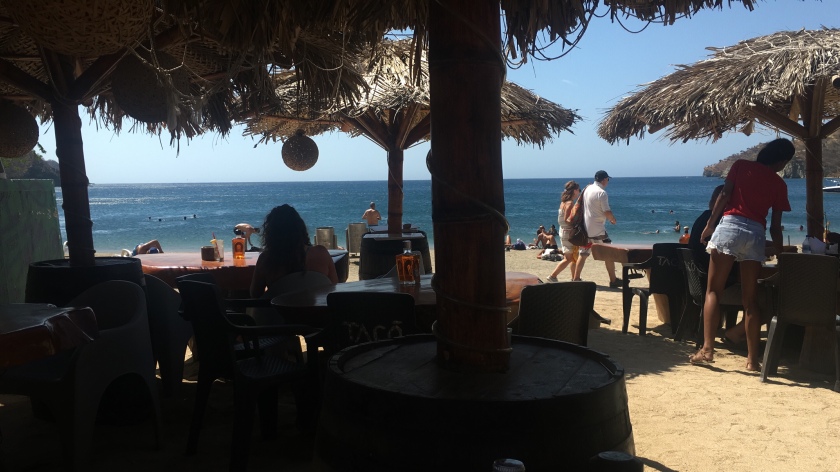 Up early for scuba the next day, buddying up with an Irish guy, Mark, and instructor Jorge as we headed out on the boat for a couple of nice, but not too intensive dives. I’d actually already been 30m before in the Galapagos (the required depth for the deep dive sign off) but good to do it formally. It was quite cool to see how your colour perception is affected that deep and we failed miserably at identifying a tomato at that depth, mark went for lemon and I reckoned a peach. Jorge also cracked an egg open for us and it the yolk stayed fully intact due to the pressure, you could even grab it and throw it to some extent and watch it float away, which made me think it was probably the closest I would get to experiencing the quirks of space travel!

Officially signed as advanced divers now, off we went for well deserved some lunch and were joined by a spanish girl, Maria, who was staying in the hostal moving from room to room painting them in exchange for bed and some pay. Seemed like a pretty good deal! Later on I chilled on the beach with some dinner and micheladas whilst enjoying the live music. 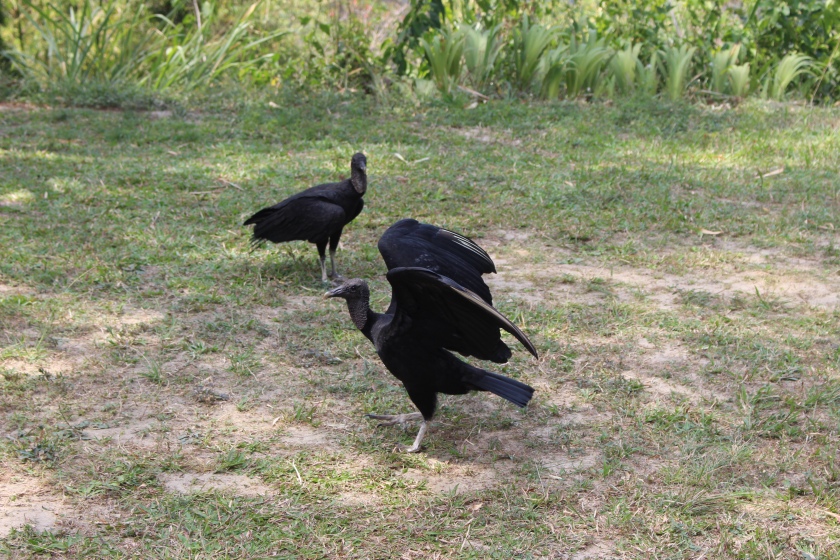 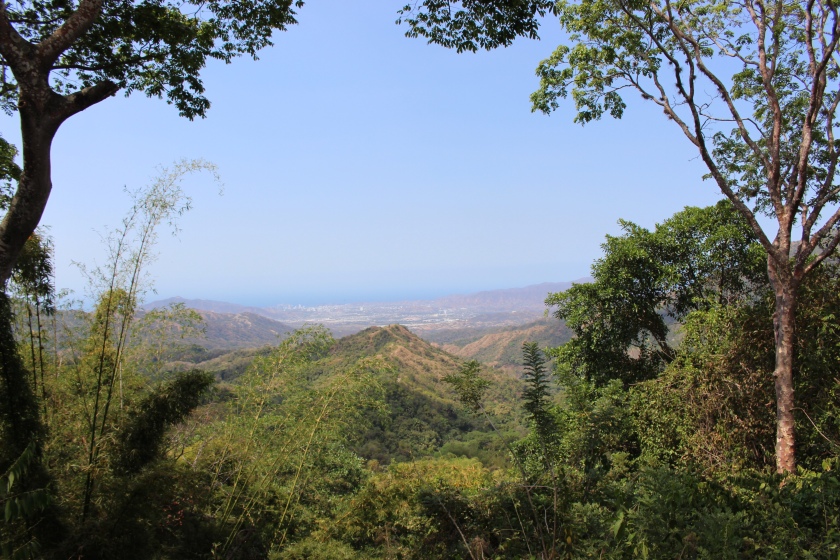 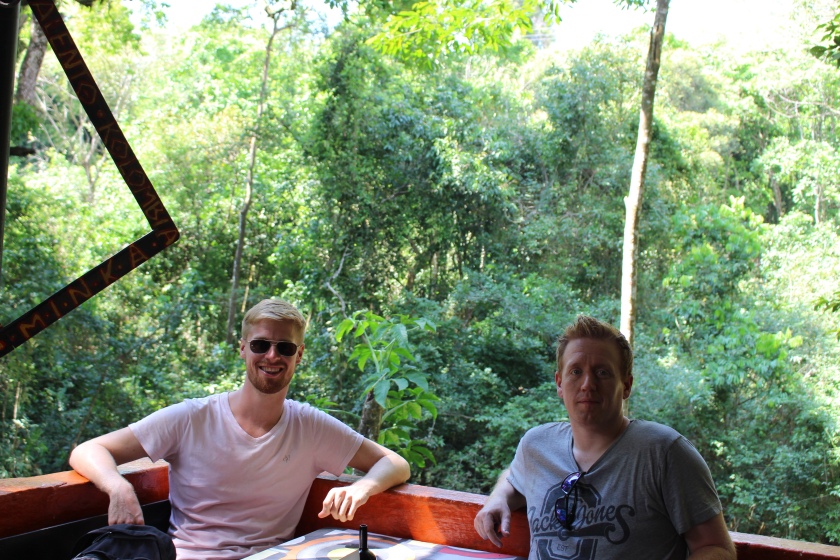 Picked up Mark in taxi the next morning and went on to Minca with a small drama trying to find a hostel and the taxi struggling with the tight roads but ended up in a place called buena vista, which as the name suggested had an awesome view of santa Marta in the distance and the surrounding countryside. After subtly plugging the hostels own food capabilities the manager (and also chef as it turned out…) recommended a place down the road called bururake and we had an amazing lunch of passion fruit chicken and bbq pork. The service was a bit slow but had nice scenery and the food was well worth the wait. We enwquired into a tour the next day with ‘Jungle Joe’ and I went for an hours walk or so around a nice scenic place called pozo azul and we had a fairly chilled night with some others in the hostal. 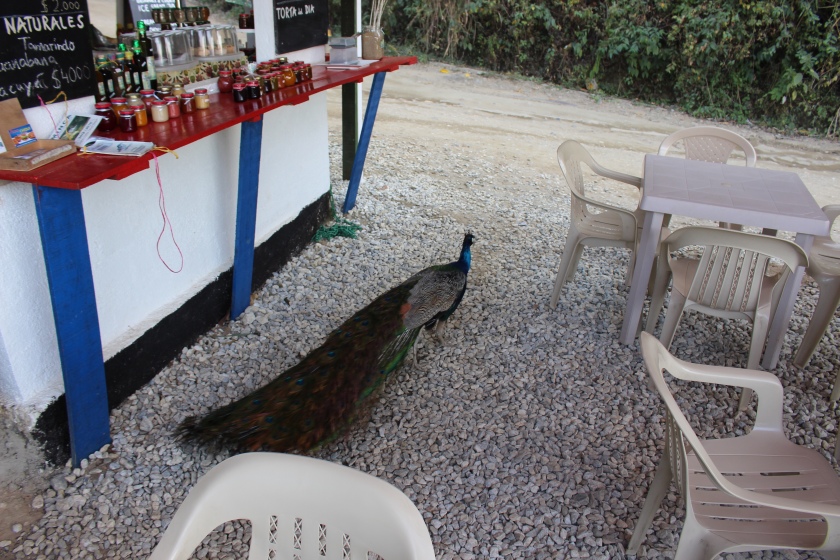 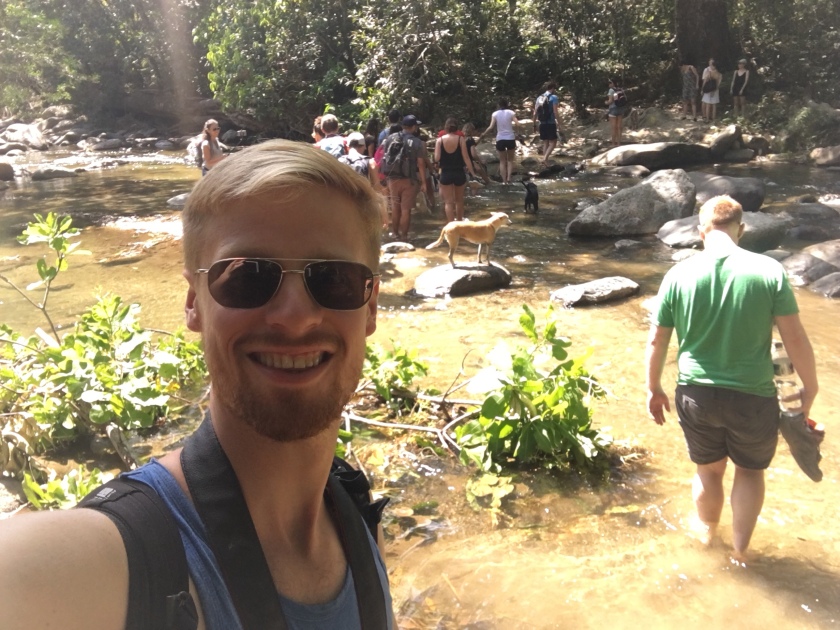 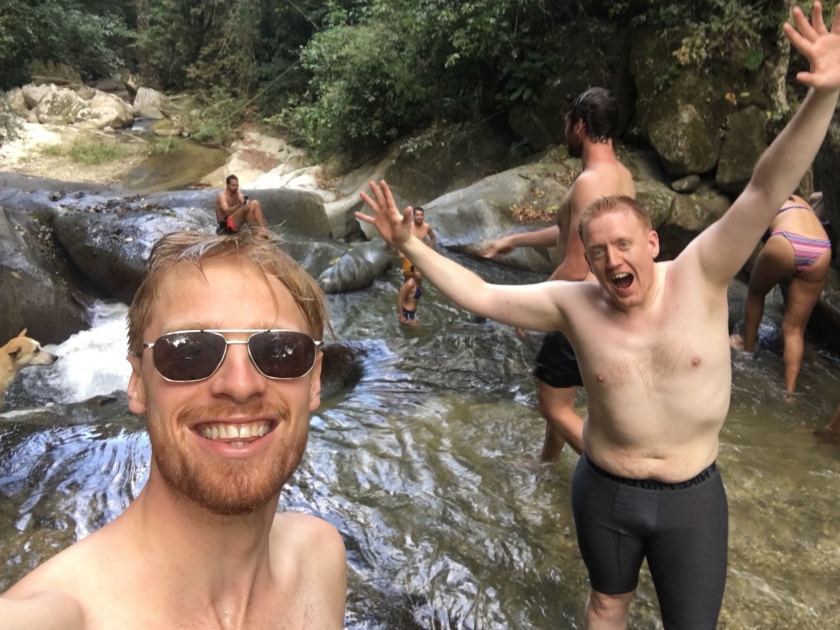 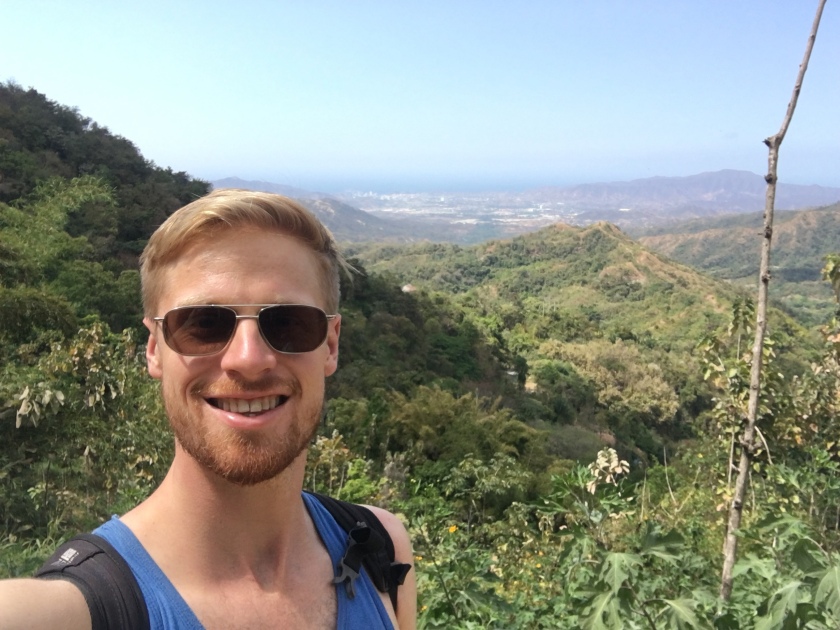 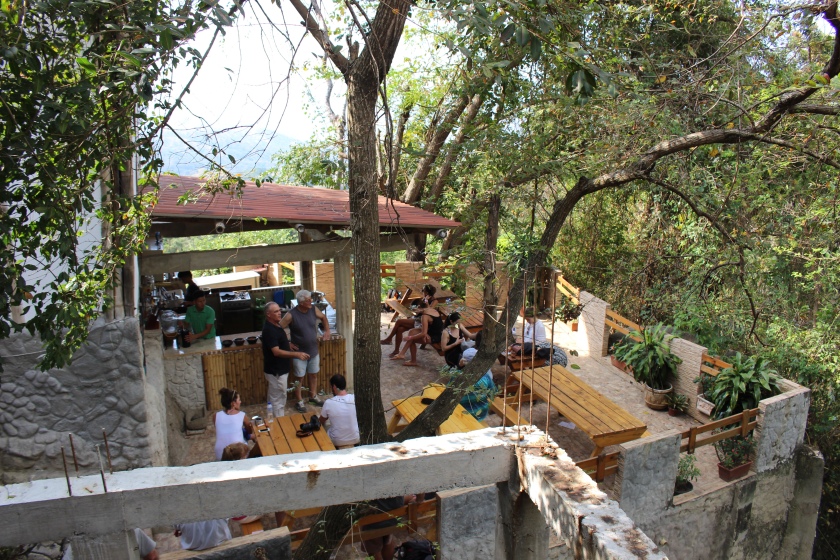 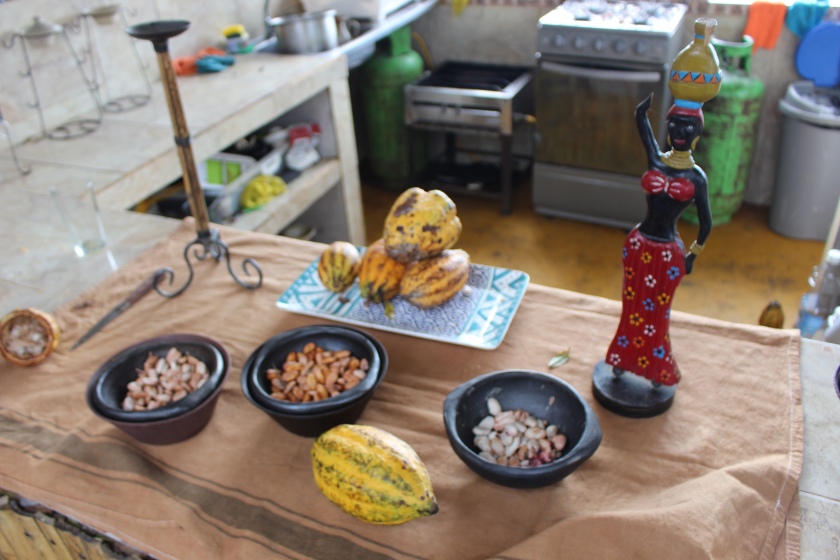 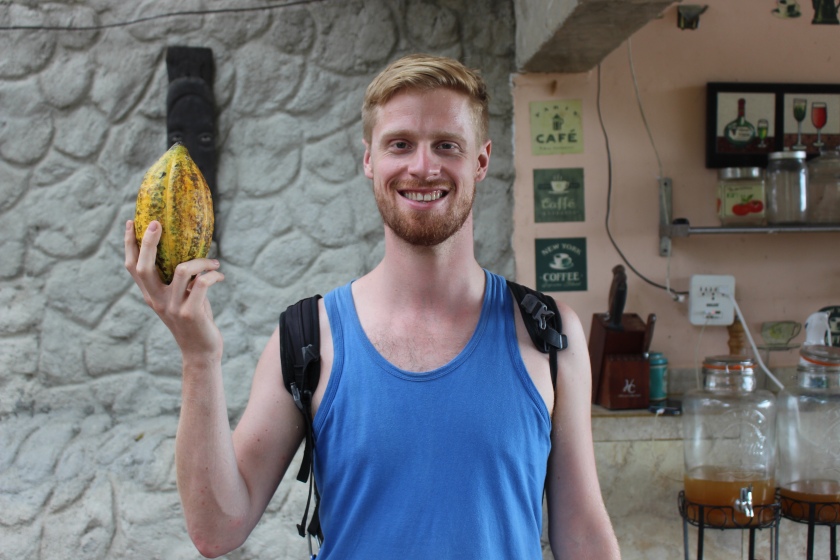 The next day we did our jungle joe tour which I would highly recommend. It was a nice but not challenging hike with some waterfalls and a ‘natural slide’. We went to his house afterwards and learned about bamboo use in architecture, which was impressively demonstrated in his house itself, as well as the chocolate making process in the areas surrounding it. 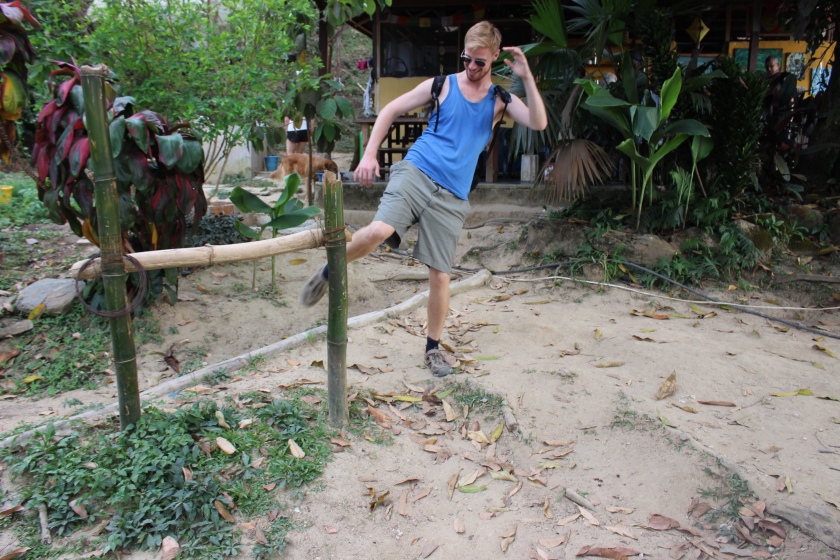 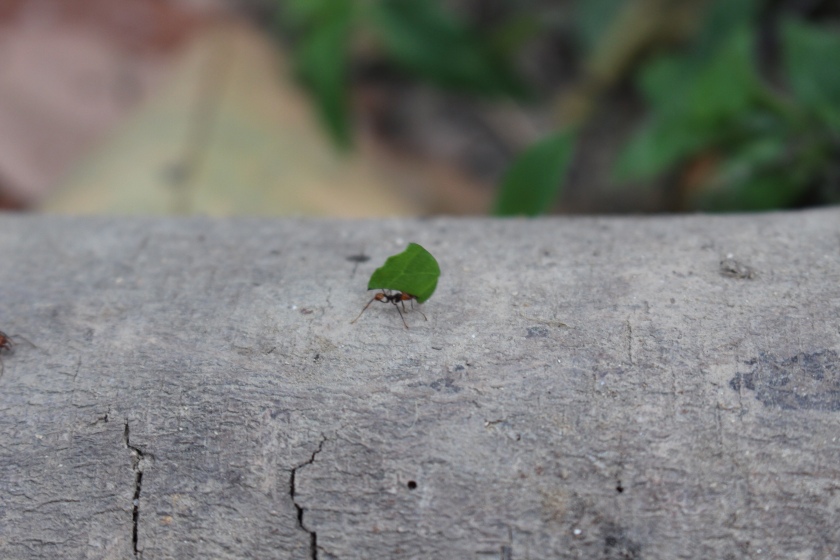 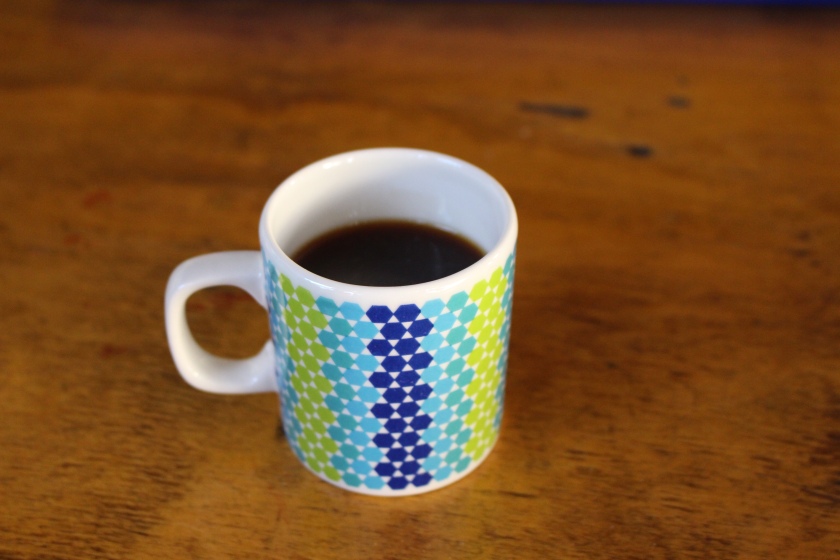 Next it was on to a coffee plantation to learn about that and get involved in identifying which beans could be picked and the resultant types of coffee that they created. Dinner was great, at an Argentinian steak place accompanied by some lovely beers and I even got a bit of an Irish lesson!

Up for breakfast the next day and Fernando who owned the hostel happened to be heading to palomino, our next stop, so took us along with some French guys we were sharing the room with. We got to our hostel ok but the French guys had a bit of a palava in that theirs was along the beach and required some motorbike assistance for the last leg… but we assume they got there fine eventually! Mark also lost the Rock Paper Scissors tournament meaning he was in the boot until the first drop off! We stopped of for a snack on the way eating some local things called Bonos… which were divine. We checked out the beach and went for a dip in the pool before dinner and met a couple of people in the hostel, tiki hut. Nice place but terrible cocktails. Then we went to the neighboring hostel, the dreamer for a drink. I bumped into a couple of people I met back in santa Marta, not too surprisingly with this trail being fairly well trodden. We also met a welsh uber driver about our age who apparently worked for 8-9 months of the year then travelled the rest. Sounded like a pretty sweet way of life for a while.

Up and went for a walk on beach and Tomas who I met all the way back in Uruguay ages ago spotted me! This was pretty crazy in itself but also compounded by the fact he ran into Joao fortuitously a bit beforehand as well in Brazil thus reuniting the trio we had in the hostel room in Montevideo. Mark and I went tubing down the river later on which is a definite must… but for goodness sake protect yourself from the sun… we did our best but still got fairly burned. The waters were also a bit shallow this time of year which involved some walking annoyingly… except for where some local kids decided it would be fun to pull me along, which was ideal. Then it was a late lunch at the dreamer followed by a pretty public massage in the hostel room… had assume the masseur had their own studio but no apparently not. We then ended this ‘ highly stressful’ day at media luna for dinner. The mains were ok but after having some amazing brownies at the dreamer earlier the one I had there was awful, wine very expensive for what it was but you shouldn’t really go to Colombia for the wine anyway. Lesson learned.

Berakfast the next day and I had, by another big coincidence, bumped into a girl I met in Brazil foz de Iguazú, Viola, who grabbed my number in case we overlapped as both heading the same direction before I parted ways with Mark and went onwards to the lovely Cartagena